The Reality Of Dog Mange 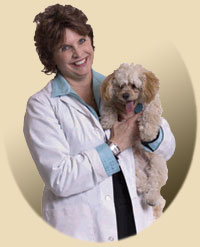 Mange is caused by an infestation of microscopic mites which entrench themselves into or onto the skin or hair follicles causing irritated itching and scratching.

Although all mange infections are treatable, it often imitates other skin conditions such as contact dermatitis, bacterial infections due to flea allergies and autoimmune diseases making diagnose difficult for the owner.

The three forms of mange are Demodectic, Cheyletiella and Sarcoptic, each with a species of mite associated to the type of mange occurrence.

Demodectic mange is caused the microscopic mite Demodex Canis. It is usually passed on to the puppy at birth but doesn't show symptoms until the dogs immune system can no longer keep them in check due to illnesses, stress, or other skin infections.

Certain dog breeds have been found to be more susceptible to Demodectic mange, pugs and Chihuahua for example. Out breaks may appear localized on the head and face, on the front legs and paws, or globalized over the entire body.

Symptoms include thinned out hair spots due to itching, scratching and generally irritated areas. The skin appears irritated with redness, sore or crusty due to the hair follicles being blocked by mites and their waste.

Treatment for demodectic mange is usually successful using topical remedies in the form of bathing with medicated shampoo's or soaps. The good news is that this type of dog mange is unlikely to spread to humans.

Cheyletiella is caused by a reddish mite that lives on the outer skin surface and usually affects puppies. It is large enough to be seen under a magnifying glass as they move around and under the irritated skin cells (thus the name walking dandruff) on the areas of the head, neck, and back.

This type of dog mange is identified by excessively large amounts of dandruff flakes, itching, scratching, and a bumpy irritated rash with redness.

Cheyletiella is highly contagious to other animals by means of contact, and may infect humans but is short lived in both. It appears as an itching rash with redness on people, but subsides quickly after the infected dog it treated.

All animals with contact through the affected dog must be treated and secluded to eliminate mites from the kennel and household.

Pyrethrin shampoos and 2 percent lime-sulfur dips (LymDyp) are effective in killing cheyletiella mites. Bedding and living areas of the affected animals should be thoroughly washed and disinfected to avoid secondary cycles of infestation.

Sarcoptic mange, also known as scabies is contagious to both humans and dogs through direct contact, grooming equipment, furniture and or bedding.

It is caused by a microscopic spider like mite that burrows under the skin and lays its eggs, resulting in extremely intense itching, scratching and gnawing. Symptoms include crusty irritated ears, hair loss on elbows, legs, ears, or face.

Irritated skin is further aggravated by itching and scratching, producing redness and possible secondary infections. Skin damage may occur resulting in extended care even after the narcotic dog mange is treated.

Although contagious to humans, its short lived as the mites cannot complete their life cycle on people and dies within 3 weeks.

All animals with contact through the affected dog must be treated and isolated to eliminate mites expanding infestation. Treatment and disinfections of the house hold and kennel areas should be performed.

Veterinarian diagnosis through skin scrapes and microscopic analysis will determine the extent of the mange. Treatment often starts with bathing the entire dog using a benzoyl peroxide shampoo to loosen scales, followed by insecticide dips to penetrate the hair pores and kill the scabies mites.

Bathing and dips once a week may last 6 weeks, until the dogs symptoms have cleared, followed by 2 additional weeks of treatment

Early diagnosis of any of these problems is the best advice to insure your dog will remain happy, comfortable, and healthy.

Return to dog health problems from The Reality Of Dog Mange 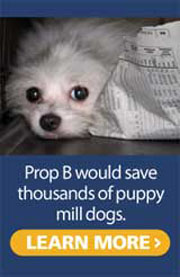 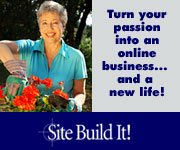